During a recent Uber ride, the passengers in our car exchanged pleasantries with the driver.

My husband comes from a small town and usually asks new acquaintances questions about their home and background. Some drivers are open and enjoy talking to travelers. Others, not so much.

Photo by Oleksandr Pidvalnyi on Pexels.com

I guess it’s human nature to be curious about someone’s life journey. Many times when we ask questions we’re searching for common ground, a mutual experience that we share.

But sometimes, it’s because we want the new people on our radar to fit into our preconceived notions. It’s called pigeonholing, and it’s not a good thing. It’s also stereotyping and labeling.

Our opinions about most areas of the country have been shaped by what we’ve read, heard, or glimpsed on a television or computer. Whether our new friends are from the North or South, coast or heartland, mountains or plains, cities or rural communities, we size people up by where they’re from.

When Jesus began his ministry on Earth, there was constant debate over where He was from. The people (and even His own brothers) found it hard to believe His proclamation as being God’s Son and having come from heaven.

Followers of His miracles questioned, “Will the Christ come out of Galilee?” (John 7:41, nkjv). Even the disciple Nathanael quipped,“Can anything good come out of Nazareth?”(John 1:46, nkjv).

They rejected Him because the Old Testament scripture foretold the Messiah would come from Bethlehem. They made assumptions because they labeled Him without getting to know Him. If they had, they might have learned of His miraculous birth in Bethlehem, fulfilling the prophecy.

When the Pharisees couldn’t discredit Him, they resorted to name-calling to the max. “Do we not say rightly that you are a Samaritan and have a demon!” (John 8:48, nkjv).

Why was He so hard for them to accept?

One who’d been born into ordinary circumstances, into a familiar town, and whose family worshiped in the local synagogue, was indeed God’s Son.

Their pride wouldn’t allow them to accept a humble carpenter. 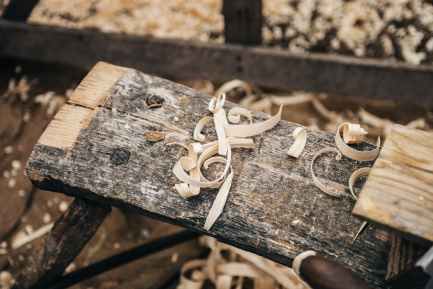 Photo by Clem Onojeghuo on Pexels.com

Jesus predicted, “I have come in My Father’s name, and you do not receive Me; if another comes in his own name, him you will receive” (John 5:43, nkjv).

Sadly, this “other” man coming in his own name is the antichrist. This “man of sin” earth-dwellers will receive.

As signs of the end times seem to be escalating, we don’t need to focus on the evil that is to come, or a name that has a numerical value of 666.

We only need to know the One Who has all things under His sovereign control. Especially when we don’t understand, haven’t checked out the deeper facts, or have made false assumptions.

Knowing Jesus is what matters.

Not in the System